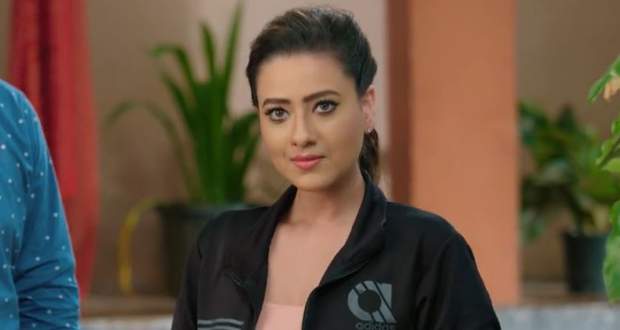 Today's Anupama 20 April 2021 episode starts with Dolly informing Anupama that she has dropped Baa-Bapuji at the station.

Kavya tells Meenu that Anupama is going away forever while Dolly tells her to leave.

Inside the house, Anupama tells Dolly to send Meenu to her house when she leaves and to not find a babysitter for her.

Meanwhile, Pakhi and Samar see the news and she gets happy hearing that government offices will be closed.

Anupama is in the kitchen while Kavya comes in front of her window with the interior designer and tells her that she will change everything once she leaves in hopes of inciting her.

Pakhi informs Dolly of the news while requesting to help her stop the divorce and Dolly complies.

Kavya is trying her Lehenga's while Dolly comes there and requests her to not break her brother's marriage.

They get into an argument while Dolly says that Vanraj is not happy with the divorce.

Kavya remembers the moment Vanraj left her while Dolly says that she will regret marrying Vanraj as he will compare her with Anupama when she will fail.

Nandini calls Samar and informs him about Dolly while Anupama picks up the call and overhears it.

© Copyright tellybest.com, 2020, 2021. All Rights Reserved. Unauthorized use and/or duplication of any material from tellybest.com without written permission is strictly prohibited.
Cached Saved on: Thursday 29th of April 2021 12:20:35 AMCached Disp on: Thursday 6th of May 2021 06:01:06 AM