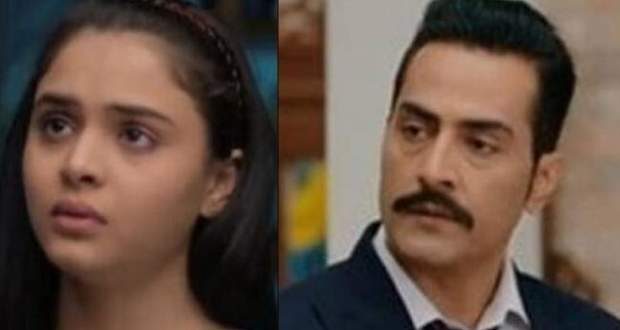 Today's Anupama 20 February 2021 episode starts with Kinjal telling Pakhi that she is selfish as she never about Anupama's emotions and only came back when she was illtreated by Kavya.

Vanraj comes there and everyone greets him while he tells Pakhi that he is upset with her for not wishing him a happy birthday and going without informing him.

Leela and others get happy seeing him there while Pakhi reveals that Kavya had outdoor plans for Vanraj's birthday.

Vanraj gets a call from Kavya while Leela gets upset and says that she can't even celebrate her son's birthday making Vanraj feel bad.

Family members console Leela while Vanraj doesn't accept the call tells the family that he will celebrate with them.

Later, Leela bakes a cake for Vanraj and tells Anupama to decorate it while she laughs.

Vanraj puts his phone on charge while Paritosh picks out an outfit for him after which they both reconcile their relationship.

Kavya calls Pakhi who rudely talks to her and informs that Vanraj is celebrating his birthday with his family which angers Kavya and she plans to take revenge.

Meanwhile, Samar calls Anupama and tells her that he misses her.

The family celebrates Vanraj's childhood and recall his childhood while Kavya comes there shocking everyone.

Vanraj drags her out of the house and tells her to go.