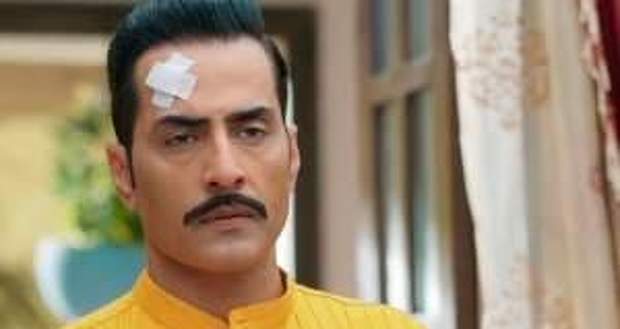 Today's Anupama 20 January 2021 episode starts with Anupama yelling Vanraj that she is not his wife anymore while he tells her that he wants to stay with her and the family.

However, Anupama says that it was his decision of leaving the family that now she decides to not take him back.

She tells him that she is keeping the washing machine and will return the money to him in loans.

She leaves while Leela is seen hearing them from the door and getting angry at Anupama.

Anupama goes outside where Samar comes and asks her if she is alright.

Anupama tells him that Vanraj wants to get back together with her while Leela comes and says that there is nothing wrong with it.

She tells Anupama that Vanraj will stay in this house as long as he likes and says that if she kicks out her son, she can also kick out her daughter-in-law.

Hasmukh comes there and starts rebuking Leela for siding with Vanraj and drags her inside.

Elsewhere, Vanraj stands on the balcony while he sees that Anirudh has come to Kavya's house.

Anidudh leaves with some document in his hands while Vanraj looks on.

Kavya messages him that she needs to talk to his amd requests him to meet her while he agrees.

Elsewhere, Nandini is writing Sanan on her diary with hearts around it while Samar comes her due to which she closes the diary and hides it from him.

Samar reveals that he knows that his name is written in one of the pages and tells her that he saw it one day accidentally.

Nandani gets angry and leaves while dropping the diary.

Later, Kinjal suggests Anupama go to the temple to calm her mind and she agrees to say she'll in the evening.

Vanraj heard her and cancel's his meet with Kavya to go after Anupama.

At the temple, Vanraj tries to fill Anupama's hairline with Vermilion but sue stops him.