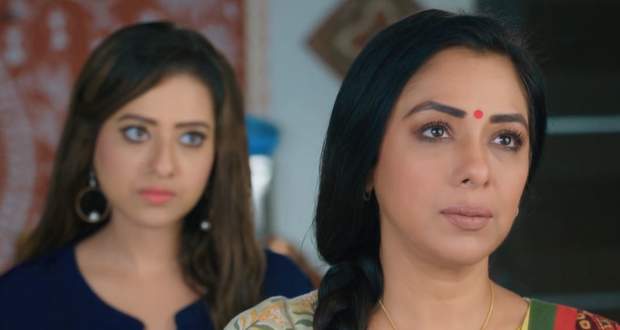 Today's Anupama 20 May 2021 episode starts with Kavya cooking breakfast in the kitchen while the family gets stunned by it.

Anupama notices them while Pakhi requests her to sit in front of them.

Suddenly, Vanraj starts choking and Anupama helps him while telling Kavya what to do.

Vanraj shouts at her to not care for him while she says that she cares for the family equally and he is included in the family.

Samar argues with the family and says that he is not forcing anyone to come to his engagement.

Pakhi supports him while Leela says that she will not come.

Elsewhere, Anupama invites Advait for the engagement while Nandini requests Samar to reveal her past to the family but he denies it.

Anupama finds out about Leela refusing to go and goes to convince her.

Meanwhile, Paritosh goes to Samar and gives him advice on how to talk to others as his actions will have an impact on Nandini's life too.

Later, Vanraj and Kavya reach the engagement venue while everyone waits for Leela.