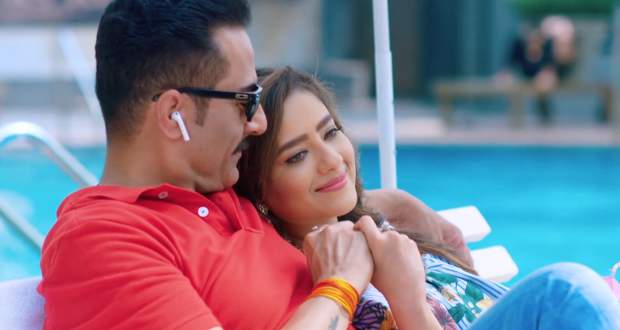 Today's Anupama 20 November 2020 episode starts with Vanraj calling to inform Anupama that he has reached Hyderabad. Anupama asks him to call every two hours as he might get caught otherwise.

Vanraj gets angry but knows that she is right. Meanwhile, Rakhi tells the owner of the resort, Janki about Vanraj cheating on her friend Anupama.

She agrees to help her in exposing him. Meanwhile, Samar confronts Anupama about Vanraj going with Kavya.

They further discuss that Baa and Bapuji will be shattered to learn the truth. Elsewhere, Vanraj jokes with Kavya and states Rakhi is there.

However, they saw just the newspaper cutting and Rakhi is hiding behind the same newspaper. Later, Nandini feels lots of love for Anupama when she teaches kids to dance.

Kinjal comes running to call Anupama as Baa is calling her urgently. Baa reveals that Rakhi has sent some photographs but they are of just Rakhi herself.

Rakhi further invites them to the resort to stay with her and spend some quality time. She has also invited Dolly’s family and Nandini.

Baa agrees to go for the vacation while Samar and Bapuji convince Nandini as well. Further, Rakhi learns that Vanraj has planned a surprise party for Kavya along with a wedding ring tray.

Anupama asks Bapuji to take care of himself and also sends half the message and is not able to tell the name of the resort to Vanraj.

Everyone is about to leave and Baa surprises everyone by wearing a Punjabi suit. Anupama wishes that everything stays alright.

Upcoming Anupama episode update: Anupama is unable to tell the name of the resort to Vanraj again.