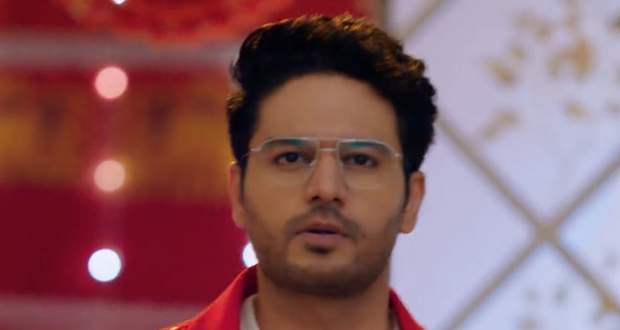 Today's Anupama 20 October 2021 episode starts with Vanraj staring at the thank you note that slipped off from Anupama’s Lehenga package.

While Samar awaits Rohan’s arrival, Rohan instead decides to hurt Anupama as revenge against her actions.

In the event of Navratri, Vanraj and Kavya are seen sharing some romantic moments while Kavya is majorly concerned about winning the best Garba Couple Dancer’s title and cash price.

Samar seems stressed out in the absence of Anuj at the event and awaits his arrival.

Anuj bumps into Anupama at the entrance of the event premise while Rohan was about to hit Anupama on her head.

Rohan’s intentions remain unfulfilled and thus, he tries to hide away before getting noticed.

Anupama asks Anuj to join her and the family on the occasion of Navratri. But, Vanraj is fuelled with rage seeing them both walk together to the event premise.

Meanwhile, all the ladies at the premise start dancing to kick start the Garba competition.

Anuj figures out Samar has been hiding the truth from his family when Vanraj seems clueless about Samar and Rohan’s fight.

On Rohan’s second attempt to hit Anupama, Anuj catches him, gives a stern warning, and challenges him.

Baa insults Anupama and insists Samar ask Anuj to walk away from the Navratri Event.

Anupam is disheartened by Baa's behavior and is against her will of insulting Anuj.