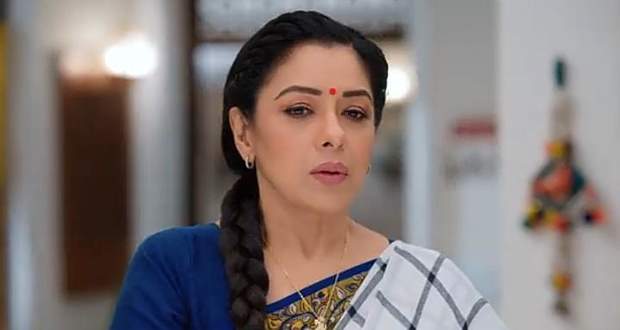 Today's Anupama 20 September 2021 episode starts with Hasmukh encouraging Anupama along with Kinjal and Samar and telling her to go to the office by giving her the car keys.

He tells her to not get influenced by others and to decide on her own path after which she leaves taking the elder's blessings.

Later, Anupama reaches Anuj's office while the receptionist tells her to sit while she checks whether Mr. Kapadiya is available or not.

Anuj sees her in the waiting room and happily takes her to his office.

She tells him that she is the one who had sent sweets to his house yesterday and calls him Anuj which makes him happy.

She tells him that she doesn't have enough exposure or the understanding of English while he tells her that it is not necessary to know English and gives her the project file.

She sees the magnet and talks about her college days while Kavya instigates Leela.

She tells him that even though they are college friends, she would like that he treats her as an employee only as she is still a daughter, mother.

He tells her to not worry about the past only focus on her career.