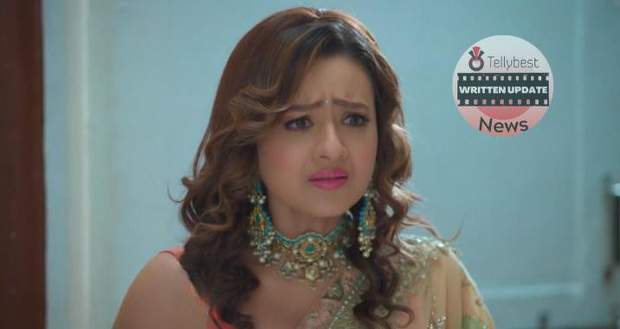 Today's Anupama 20th September 2022 episode starts with Vanraj and Kavya comparing the current situation with the past and says even he realizes now going through the same situation of Paritosh’s misdeed and understands how Anupama has suffered then.

At the same time, a confused Kavya questions Vanraj to know about his perception that what they did years ago if it is now wrong for him and says that sometimes other people's relationships make their own relationship stand in the witness box.

Vanraj assures his love for her.

In the morning, Kavya serves tea to Anupama and apologizes for disturbing her personal life and for taking her for granted, forgetting even though she has responsibilities as a wife and mother.

Moreover, when Anupama asks Leela if she wants anything, she replies in a bad mood asking for poison.

Meanwhile, Pakhi taunts Anupama and says even Rakhi aunty was aware of the truth but she didn’t utter a word knowing the drawback of the situation but her mother can't shut her mouth and spoiled everything.

Anupama shuts her and says she doesn't mind Pakhi’s word as it doesn’t make any difference to her and asks Leela to not give any taunts and suggestions on this as she has not been through this situation in her life.

Meanwhile, she tells Pakhi about children taking their parents for granted without knowing the situation and even says ‘my life my rules’ to shut Pakhi.

On waking up, Anuj searches for Anupama and asks about her and comes to know that he has let Anupama live with Kinjal. He stresses his mind about forgetting about it and receives an audio message sent by Anupama.

Meanwhile, Pakhi's drama continues and she asks Anupama that she should have forgiven Paritosh and Vanraj.

Anupama prays that this situation shouldn't happen to her but if it does happen then asks Pakhi to forgive at that time.

Leela and Anupama oppose each other on the same issue.

Leela asks Vanraj to at least know about Paritosh’s whereabouts.

Meanwhile, Anupama goes to bid goodbye to Kinjal before leaving for her home.

Kinjal refuses to wake up and Anupama asks Dolly to let her sleep more.

On arriving home, Anupama and Anuj hug passionately. Anuj advises her to have hope and expresses his love for Anupama admiring her qualities.