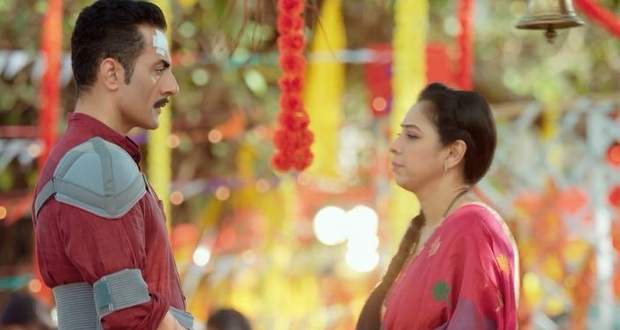 Meanwhile, Vanraj asks Anupama's hand but Anupama stays adamant and refuses him. Elsewhere, Samar tries to pacify Nandini while she asks him to leave her alone.

Samar further tells Nandini that he will be there for Nandini and she can't break their bond while he goes back.

At the same time, Nandini imagines herself with Samar that she stops Samar and expresses her love to him. Nandini dreams of Samar and her having a lovey-dovey moment.

On the other hand, Kavya tells Vanraj that she wants to give Anirudh a chance to rebuild their relationship while Vanraj gets stunned.

Later, Vanraj goes to Nandini's home to meet Kavya while Anupama watches him and feels sad.

Further, Kavya says to Vanraj that she is going abroad along with Anirudh and asks Vanraj to make a new beginning with Anupama.

Upcoming Anupama episode update: Vanraj announces to the Shahs that he is leaving the house with Kavya while Anupama calls the lawyer about their divorce.