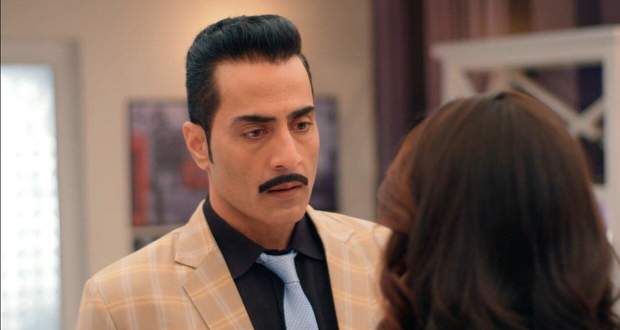 Leela and Hasmukh notice the silent and dead atmosphere and tell each other that Anupama can only solve this situation, Vanraj hears them and tries to enlighten the mood.

Meanwhile, Anupama prepares Malvika by making her wear the saree and adores her look by complimenting her.

Anuj enters the room and gets happy seeing Malvika in a saree, he compliments her and performs the ritual with money so that no bad omen can touch her.

Malvika teases Anupama and Anuj and runs away from there, Anuj says poetry and does the same ritual with Anupama.

Later, Samar and Nandini come in front of each other on the road, a song starts to play on the speakers and both reminisce their memories together.

Anupama, Anuj, Malvika, and Jignesh enter the house and see Pakhi dancing with joy, Malvika joins her, Anupama asks Leela and Hasmukh what the matter is.

Everyone asks Pakhi why she is so happy; Pakhi reveals that Vanraj has decided to send her to the US for further studies.

Anupama gets surprised on hearing this, Pakhi sees Samar and tells him how she will enjoy going to Hollywood and Disneyland.

Malvika also supports Vanraj's decision, Anupama, however, announces that Pakhi will not go foreign to study.

Anupama and Vanraj start arguing about their rights to make decisions for their children.

Vanraj tells her that Pakhi will fulfill her dreams of studying in the US and even Malvika will help Pakhi to settle there.

Anupama tells everyone that it is not about going to the US but why Pakhi wants to go there, she asks Pakhi to tell her what her goal is, Pakhi fails to tell.

Vanraj forges his chit to get the name of Malvika as his partner which Anupama notices.