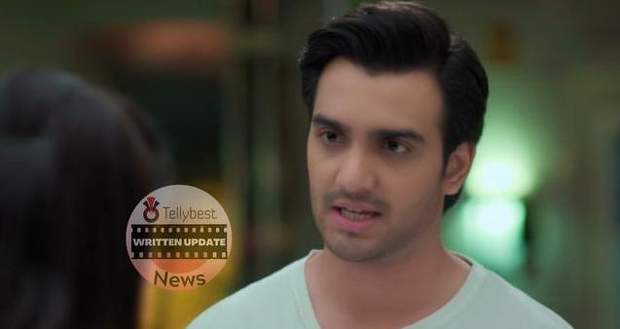 Today's Anupama 21st October 2022 episode starts with Kavya working in the kitchen while Anupama sees something on her arm.

When Anupama asks Kavya what it is, Kavya brushes off the topic & states she also wants to handle her family as Anupama does.

Anupama laughs and states that the kitchen sees so many different forms & moods of a woman since Kavya & her used to fight here once upon a time.

Meanwhile, Jignesh & Hasmukh try to cheer Leela up who cannot forget about what Pakhi did.

Leela worries about Pakhi and says who will marry her now if someone gets to know about her little getaway with Adhik.

Kavya comes & asks Leela to calm down while Anupama goes to talk to Vanraj.

Vanraj tells Anupama that he was a bad kid in childhood and asks if is this why his kids are not doing good in life.

He then states he feels like killing himself while Anupama urges him to do so & later scolds himself for thinking such rubbish.

She tries to cheer Vanraj up who says he is angry at everyone while upset at his destiny.

He finds it difficult to talk about Pakhi spending time with Adhik while Anupama feels the same.

Both of Pakhi's parents discuss that today's generation has a mentality of their own as they perceive their parents as enemies.

Vanraj asks Anupama if Pakhi did anything with Adhik in the room & she states no as she trusts Pakhi in this.

However, Vanraj asks what is the guarantee if they won't do this again while Anupama advises dealing with this matter calmly.

She states they cannot force Pakhi or use anger while Vanraj says that Pakhi might try to emotionally blackmail them.

Both of them decide they cannot let Pakhi marry Adhik.

Later, Hasmukh tries to reason with an angry Vanraj to give back her phone.

Further, Hasmukh suggests they get to know Adhik while Vanraj says Pakhi is a kid who is not capable of understanding marriage & how to maintain it.

An upset Pakhi then asks Vanraj what is the right age to marry since he has done two.

She tells them if Adhik was a bad guy using her, why would he agree to marry her then?

Leela agrees with Pakhi's point along with Anuj who just enters the Shah house.

Vanraj asks an angry Pakhi to go to her room while Leela says she need not show her anger by throwing things when she can just throw bricks at all of them.

Vanraj then asks Anuj how he can think of getting both Adhik & Pakhi married.

© Copyright tellybest.com, 2022, 2023. All Rights Reserved. Unauthorized use and/or duplication of any material from tellybest.com without written permission is strictly prohibited.
Cached Saved on: Monday 21st of November 2022 07:58:53 AMCached Disp on: Thursday 1st of December 2022 12:01:46 PM