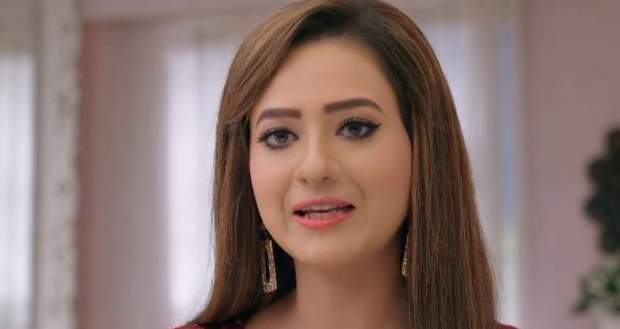 Today's Anupama 22 February 2021 episode starts with Vanraj confronting Kavya while Rakhi comes there and says that drama will be created.

Rakhi goes inside and says that she didn't interfere in Vanraj and Kavya's fight like a good girl while Leela says that she must've lost her mind to Invite her.

Meanwhile, Vanraj tells Kavya to go to the resort and that he will come later as he doesn't want to upset Leela.

However, Kavya tells him that she understands his feelings and that is why she wants to celebrate his birthday with him and his family as she doesn't want to separate him.

She tells him that she will convince Anupama and is about to enter the house when Rakhi sneeze and says that drama will come with her.

Leela tells her to say what she wants and leave while Kavya says that she is here to create drama.

She about to talk to Anupama while Anupama tells her that she can stay for Vanraj's birthday and tells Leela that she will have to accept Kavya as she is Vanraj's happiness.

Anupama says that Kavya will be the house's daughter-in-law one day and that Leela will have to accept her like she accepted Anupama.

Rakhi tries to insult Vanraj by calling him weak but Hasmukh supports him and talks about Vanraj.

Anupama reassures Leela that she will herself kick out Kavya if she ruins the day and asks that it is time for Vanraj's final answer.

The priest says that it's time for the husband and wife to do the Pooja while Kavya goes to Anupama's side and puts Anupama's hand in Vanraj shocking everyone.

Rakhi says that Anuoama will become a guest in the next year as Vanraj will have married Kavya to which Anupama responds that she will never be a guest in her own house.