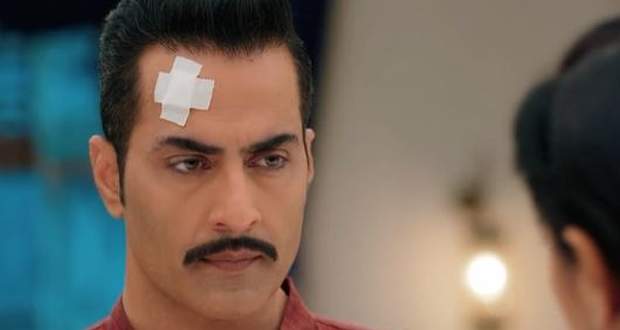 Today's Anupama 22 January 2021 episode starts with Vanraj convincing Kavya not to return to her home while Anupama and Kinjal observe them being close.

Vanraj further acts affectionately in front of Kavya to make Anupama jealous while she observes him standing from the Shah's kitchen.

Later, Kavya demands to Vanraj that he should leave Anupama and come with her. Meanwhile, Kinjal expresses her displeasure with Vanraj to Paritosh.

On the other hand, Vanraj reaches home along with Kavya while Vanraj is with his own intentions of changing Anupama.

Further, Vanraj announces that he is leaving the house and want to marry Kavya which makes the Shahs startled.

Meanwhile, Leela pleads to Vanraj and tells him not to leave the house and on the other hand, Kavya happily packs Vanraj's luggage.

Later, Anupama tells Vanraj that she pity Kavya for loving Vanraj while she goes into her room and makes a call to meet the lawyer the next day.

© Copyright tellybest.com, 2020, 2021. All Rights Reserved. Unauthorized use and/or duplication of any material from tellybest.com without written permission is strictly prohibited.
Cached Saved on: Friday 30th of July 2021 12:56:28 PM