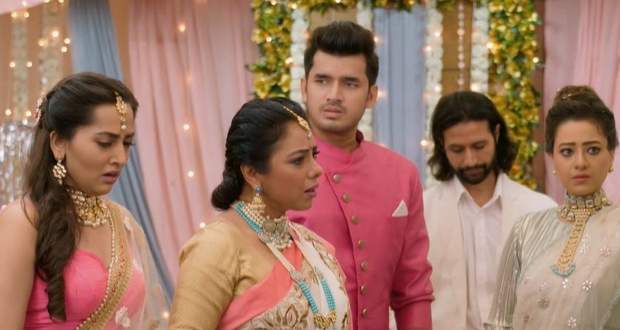 Anupama 22nd May 2021 Written Update: Anupama stands up for Nandini

Today's Anupama 22 May 2021 episode starts with Vanraj taunting Anupama while she says that she is proud of her son for accepting Nandini.

Vanraj reveals that Nandini is older than Samar which enrages Leela even more.

Nandini rebukes Kavya saying that she is selfish and only takes a stand for herself.

Vanraj and Anupama argue while Leela says that the marriage will not happen.

Vanraj says that he is with Leela and says that the conversation is over.

However, Anupama picks up the call and says that the conversation isn't over.

Leela calls her an outsider and tells her to not interfere in their family matters which makes her emotional.

Anupama asks Kavya for her opinion and Kavya responds that she is with Leela which shocks Nandini.

Samar and Nandini announce that the marriage or engagement will not happen until the whole family approves.

Vanraj asks Samar if he wants to be with his mother or his family and Samar chooses Anupama.

The Shah's leave while Anupama apologises to Samar and Nandini.

© Copyright tellybest.com, 2020, 2021. All Rights Reserved. Unauthorized use and/or duplication of any material from tellybest.com without written permission is strictly prohibited.
Cached Saved on: Tuesday 28th of September 2021 12:18:49 AM