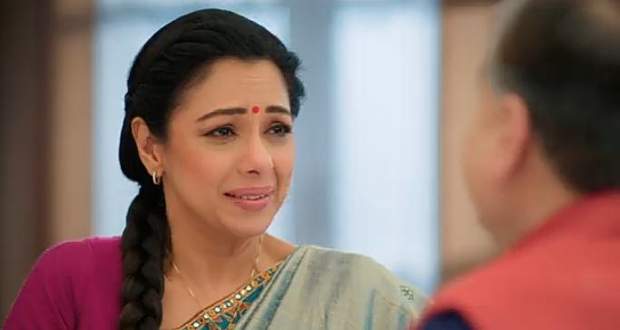 Today's Anupama 22 November 2021 episode starts with Vanraj telling Kavya that Hasmukh will respectfully return to Shah house and they will leave the Shah's house.

However, Kavya removes her hand from his and says thay she won't go anywhere after which she says that she did a mistake by marrying into his house.

Vanraj also says that he did a mistake by making her the daughter-in-law of the house.

Kavya goes inside the house and brings back some documents while saying that the Shah house is only hers shocking everyone.