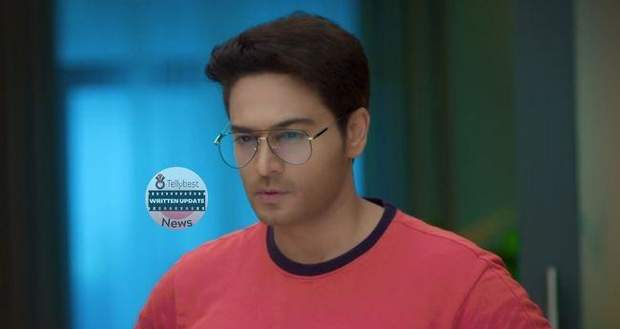 Today's Anupama 22nd October 2022 episode starts with Anupama requesting Vanraj to listen to Anuj once more because he must have considered everything before consenting to Pakhi's marriage to Adhik in the presence of Pakhi.

Vanraj tells Anuj that he isn't Pakhi's father and he has no relationship with Adhik.

Vanraj further tells Anuj that he is not the one to make decisions and has no rights.

Anupama says that Anuj is simply keeping his promise and not taking any action.

Seeing the intense situation, Hasmukh tries to persuade Vanraj by telling him that other people care about Pakhi as well.

Anuj tries to convince Shahs that he, too, had fallen in love when he was Adhik and Pakhi's age and knows what they are going through.

He also says he has prepared a plan to address the situation before Adhik and Pakhi turn rebellious.

Meanwhile, Pakhi talks to Adhik on call and tells him that if Anupama and Vanraj do not consent to their wedding, they will then decide for themselves.

Adhik also tells Pakhi that he will go to war for her because he loves her and cannot lose her.

In the meantime, Anupama and Vanraj talk and he tells Anupama that he is unable to decide what is wrong or right in the face of so many opposing viewpoints.

Anupama advises Vanraj to speak with Pakhi and request time for them to make a decision.

So, at Anupama's request, Vanraj decides to speak with Pakhi.

Kavya, on the other hand, tells Anupama and Anuj that they should celebrate Diwali with Anu because it is their first Diwali together as a family.

Anuj appreciates Kavya's consideration and feels happy that Anu is being included as a family member.

Anupama says that she is not surprised because she expected them to act this way.

Meanwhile, Anuj tells Anupama that Adhik is serious regarding his love and therefore he told him the reality.

He tells Anupama to consider everything when deciding about Pakhi and Adhik as it is still their lives.

Further, Anuj chooses to spend a romantic Diwali with Anupama while she talks about buying steel on the festive occasion.

On the other hand, Vanraj requests Pakhi to leave the matter for the time being and concentrate on Diwali.

Vanraj admits to Hasmukh that being Pakhi's parent is challenging.

Barkha, on the other hand, says that she won't allow Adhik and Pakhi to marry.

© Copyright tellybest.com, 2022, 2023. All Rights Reserved. Unauthorized use and/or duplication of any material from tellybest.com without written permission is strictly prohibited.
Cached Saved on: Monday 21st of November 2022 05:22:40 AMCached Disp on: Saturday 10th of December 2022 03:30:46 PM