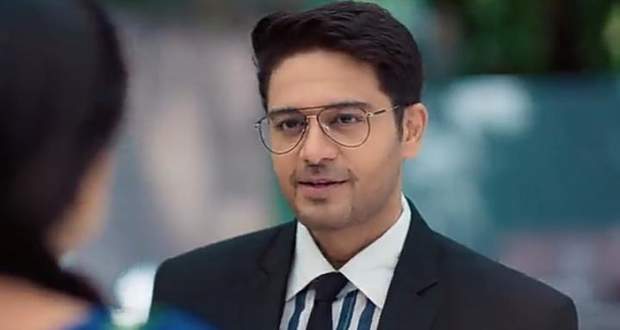 Today's Anupama 22 September 2021 episode starts with everyone doing Pooja in the Karkhana while Leela tells Kavya to give the aarti to everyone.

Further, Vanraj stops Kavya from giving prasad to Anupama and taunts her while Anupama gives him a befitting reply.

The chef comes there and tells Anupama that a huge order of her signature dish has come which makes everyone happy.

However, Vanraj orders him to cancel the order and announces that any of Anupama's dishes will not be served in his cafe anymore.

Anupama again gives him a befitting reply and he tells her to get out.

Hasmukh and others convince Leela to come to Anuj's house while Kavya says that she will also come which angers Vanraj.

At Anuj's house, he gets surprised to see Anupama while others also come and he greets them.

He asks about Vanraj and Paritosh while Kavya lies that they stayed back because of work at the cafe.

Meanwhile, Vanraj justifies Kavya's leaving saying that she is desperate for a job that Anuj is giving her.

Elsewhere, Anuj completes the pooja and everyone praises the idol while GK reveals that Anuj himself has made the idol which makes him shy.

Paritosh tells Vanraj that they shouldn't go to Anuj's house while the flashback shows Anuj calling them and inviting them to his house.