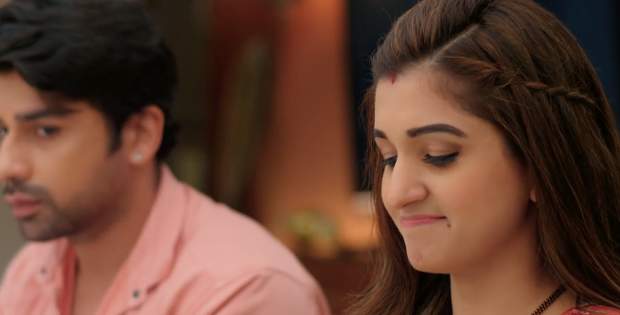 Today's Anupama 23 December 2020 episode starts with Anupama taking blessings from Bapuji and Baa. Baa taunts Anupama for not being worried about household chores.

Anupama assures her that they will take care of the housework. Kinjal is also ready to learn everything and support Anupama.

Samar tells Nandini about Anupama’s job and she gets happy. Samar shares his worries about Anupama managing his job with housework.

Nandini asks Samar to do his work and help Anupama. Meanwhile, Kinjal tries to help Anupama and fails while Pakhi feels ignored.

Pakhi wishes to go live with her father while Anupama is not able to say no. Elsewhere, Vanraj is nervous about the new CEO.

He explains that he has worked hard for the company while the new CEO still wants him to prove his capabilities.

Anupama thanks Devika and talks about the expenses of the wedding. Kinjal wishes to talk to Paritosh about not putting pressure on Anupama.

Kavya asks Vanraj to save his money as he might get fired. Later, Rakhi and Pramod come late while Baa taunts them.

Baa gives the list of marriage rituals to Rakhi and states the wedding is in 2 days. Rakhi wants to do a grand wedding.

Anupama says that Kinjal and Paritosh must decide if the wedding will be grand or simple.