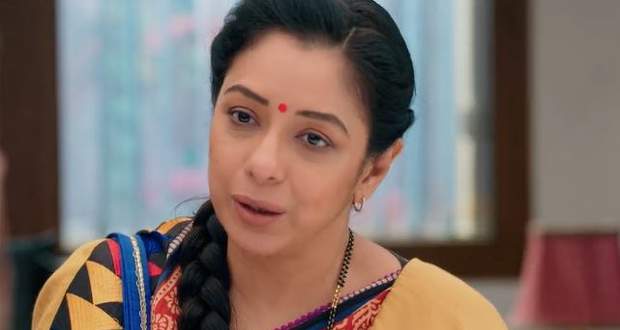 Today's Anupama 23 January 2021 episode starts with Samar consoling Anupama while she feels upside down on her decision of divorcing Vanraj.

Elsewhere, Vanraj asks Kavya to get the Anirudh's sign on their divorce papers and at the same time, Anirudh arrives there.

Anirudh further tries to explain to Kavya about Vanraj's real intentions but Kavya doesn't listen to him.

In addition to it, Kavya asks him to sign the divorce papers and end their marriage while Anirudh demands Rs. 60 lakhs to divorce Kavya.

Later, Anirudh asks half of the investment of Kavya's home as they bought it together while Vanraj fires up and asks Kavya to clear her divorce matter first.

Meanwhile, Anupama scolds Paakhi for her rude behavior and goes out to meet the lawyer. The lawyer asks Anupama to rethink her decision.

Further, Anupama asks the lawyer to file the divorce on a note of mutual separation and tells him that she wants to end their marriage peacefully.

On the other hand, Vanraj goes to the office and he receives a divorce note and immediately arrives at his home to ask Anupama.

Later, Anupama tells Vanraj that she wants to end their marriage while Leela tries to convince Anupama to change her decision.

Anupama further says to Vanraj that she doesn't want to degrade herself to stay attached to Vanraj.

Upcoming Anupama episode update: Vanraj to separate Paakhi from the Shahs out of his anger.

© Copyright tellybest.com, 2020, 2021. All Rights Reserved. Unauthorized use and/or duplication of any material from tellybest.com without written permission is strictly prohibited.
Cached Saved on: Tuesday 2nd of March 2021 12:48:01 PM