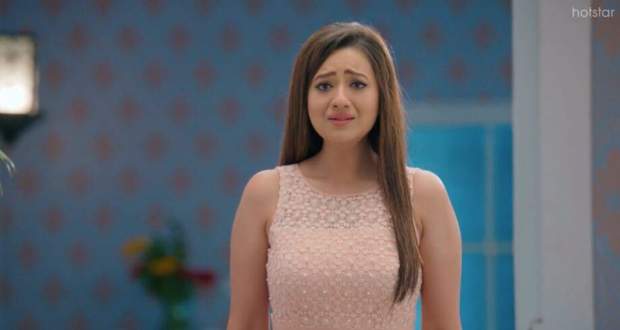 Anupamaa tells Kavya that she is changing her decision of letting her stay in the house.

Anupamaa and Kavya have a heated argument.

While Anupamaa talks for Pakhi's welfare Kavya gets aggressive and says she won't leave the house.

Anupamaa tells Kavya to leave the house for the sake of Pakhi's happiness.

Kavya becomes angry and asks Vanraj to confront her against Anupamaa.

Kavya leaves the house but promises herself that she will come back again to stay forever.

Later, Anupamaa thanks Vanraj for choosing Pakhi's happiness against Kavya. She promises that Pakhi and he will bring Kavya back to the house. Both look at each other emotionally.

Kavya goes to Nandini's house. Nandini tells her to stop being melodramatic and interfering with Shah's family.

Kavya tells Nandini that she will interfere and go back to Shah's house very soon.

Upcoming Anupama episode (tomorrow) update: Pakhi requests Vanraj to drop her at school while he was going to drop Kavya at the office. Kavya looks at Pakhi with anger.