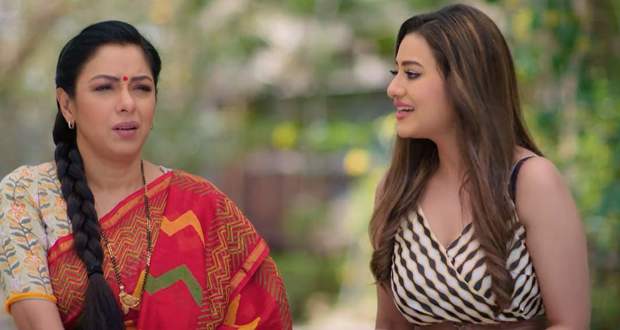 Kavya gets insecure while Anupama consoles her and promises to never come in between her and Vanraj by tying a thread.

Paritosh and Nandini come there while Anupama gets a call and is informed that Vanraj is in the wellness resort.

Anupama and Paritosh reach the wellness resort and ask for Yogi Adhvik as he informed them that Vanraj is there.

The receptionist gives them a map and tells them to go to a certain location to find Adhvik.

They manage to find Adhvik and get shocked to see a young man.

He calls Anupama by his name and introduces himself as Dr. Advait Khanna.

Paritosh recognises himself as a famous neurosurgeon while Advait reveals that Vanraj told him about her.

He takes them to a certain point and tells them which way Vanraj is.

She reaches Vanraj and he tells her that he told the doctor to not call her.

Anupama gets angry and questions him which shocks Vanraj.