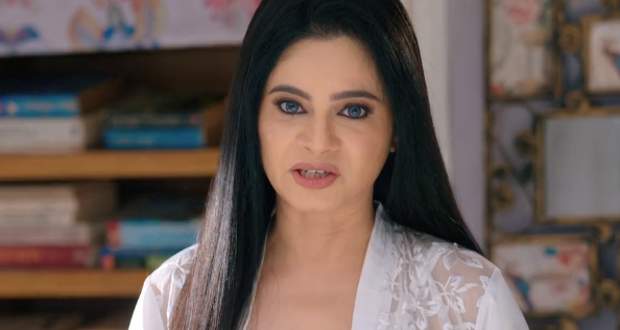 Today's Anupama 24 December 2020 episode starts with Anupama wanting to involve Paritosh and Kinjal in their marriage decision. Baa doesn’t agree with her while Bapuji supports her.

Kinjal says that she wanted a big fat destination wedding and had a lot of dreams associated with it. However, she now thinks family is more important.

Rakhi is shocked with her declaration while others get happy and congratulate each other. Rakhi and Pramod leave while Baa wants Vanraj to stay.

She further asks him to stay for 2-3 days during Kinjal and Paritosh’s wedding. Anupama is ready to make peace with his presence but is still uncomfortable.

Vanraj tells Kavya about Rakhi’s reaction and also reveals his stay at Shah's house. Kavya states that she will also go with him.

Baa brings Anupama’s marriage anniversary Saree for Kinjal while Anupama gets upset to see it. She doesn’t want Kinjal to wear that unlucky saree.

Rakhi decides to give a solid answer to Shah family. Later, Bapuji reads the news that Rakhi and Pramod will make Paritosh the new MD of Dave Couching center.

Vanraj is enraged while Kinjal is not happy with her mother’s announcement. She makes Paritosh understand that they need a job according to their capability.

Anupama gets impressed and offers to call Rakhi and deny the position on Paritosh’s behalf. Meanwhile, Kavya wishes to go with Vanraj while he denies it.

Kavya gets upset while Vanraj is helpless as the society won’t accept their relation. Anupama calls Rakhi and thanks to her for giving good values to Kinjal.

She invites her for a Mehendi and Sangeet ceremony. Rakhi is confused about her failed plan and is ready to attack again.

Upcoming Anupama episode update: Rakhi plans against the Shah family while Anupama performs on a song.