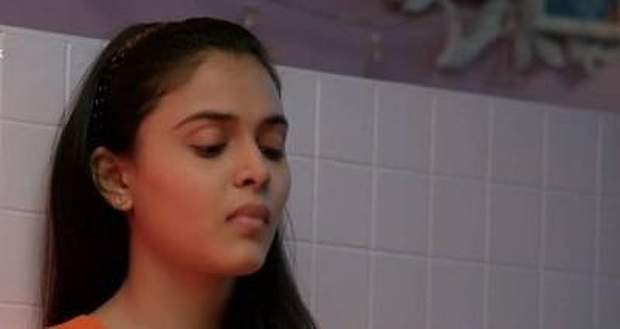 Today's Anupama 24 February 2021 episode starts with Kavya telling Rakhi that if she wanted to hear those things that she said about getting revenge on Shah's then she's wrong.

Rakhi tells her that she doesn't believe her words and says that she's just acting while Kavya responds to her to think whatever she wishes.

The Shah's are dancing while Kavya dances around Vanraj shocking everyone.

Pakhi sees Anupama standing alone in the corner and requests her to dance after which Anuoama gives a solo performance on the song 'Jene Ki Tamanna'.

Rakhi tries to initiate Kavya but fails after which they all dance in a group.

Pakhi goes away from there while Kavya goes after her.

They get into an argument while Kavya threatens her that she will separate her from Vanraj and Pakhi splashes cold drink on her face.

Kavya manipulates the situation and speaks against Pakhi after which Anupama tells her to apologises to Kavya.

Pakhi says that she isn't lying but apologises to Kavya anyway.

Kavya says that Pakhi is not taught good manners by Anupama as she is rude to holders while Vanraj supports her words by saying that Pakhi is stubborn like her mother quoting Like Mother, Like Daughter which shocks Anupama and Pakhi.