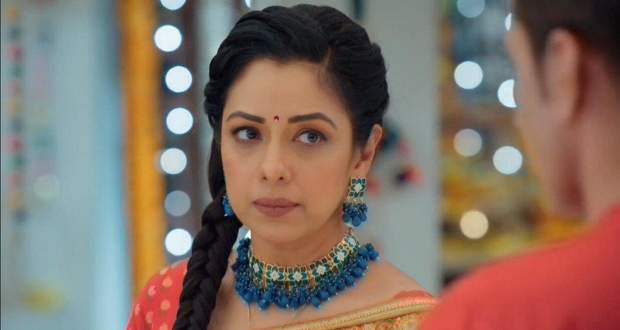 Today's Anupama 24 Jan episode starts with Samar calling Nandini as Nandini was not present in her house.

Nandini does not receive the call and Samar gets called by Kinjal for the kite competition.

Afterward, the family dance together and enjoy themselves before releasing their kites in the air.

The duos compete against each other, Kinjal suddenly leaves as something goes into her eye.

When Samar was struggling with the kite alone Nandini comes and picks up the manjha to support Samar.

Anuj and Malvika tease each other about losing the competition but then pass on the kite to Anupama and Vanraj to do the final battle.

Vanraj passes on an indirect comment about Malvika which angers Anupama, she says that he cannot take control of the person playing even if he tries.

When the kites were about to tangle each other, Kavya suddenly appears and cuts off the thread of Vanraj’s kite.

Everyone gets surprised to see Kavya, she tells Vanraj that his kite was plying a little too high so she cut it herself.

Kavya questions the whole family whether they care about her and how can they misbehave with Nandini in that way.

On listening to Kavya’s question, Vanraj answers that whatever he told Nandini is the truth, Samar tries to stop Vanraj but gets cut off.

Anupama tries to stop Vanraj and Kavya from arguing with each other but Vanraj interrupts her by calling her an outsider.

Later, Leela and Hasmukh try to make Kavya understand that they care about her but Kavya asks then why Vanraj is with Malvika as soon as she is gone from there.

Later, Anupama overhears Nandini asking Kavya to go to America with her.