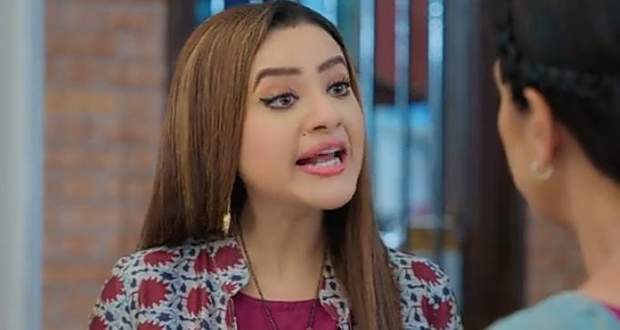 Today's Anupama 24 November 2021 episode starts with Hasmukh telling Anupama that she and Anuj are made for each other while she stands in shock.

Further, he does her Tika and sends her towards Anuj who sees her tense and tries to comfort her with his words.

He asks her if she is coming with him and she says yes after which he drops her home and reminds her that they have a meeting with the marketing team the next day at the office.

Meanwhile, Vanraj walks on the road and imagines a successful version of himself encouraging him.

Leela apologizes to Hasmukh while he tells her that his house doesn't seem his anymore and leaves from there while she falls unconscious and shouts Anupama's name.

Anupama gets a call from Samar and rushes to Shah's house while Vanraj sees her rushing towards the house and goes with her.

Leela sends Kavya out of the room and apologies to her saying that she didn't only insult Hasmukh but the life and heart of the whole family.

Leela apologizes to Anupama for doing wrong with her while Anupama tells her to forget everything.

However, Leela also asks her to do one thing.