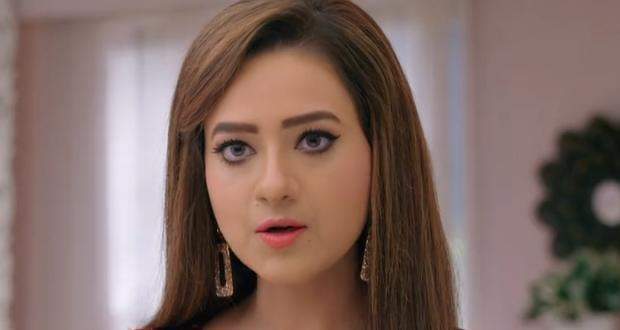 Today's Anupama 25 February 2021 episode starts with Pakhi going away to her room and wreaking the room in anger.

Anupama confronts Vanraj and tells her that her Pakhi is not rude and tells him to realise how much she would have been hurt by him insulting her in public as he was her first priority.

She says that Pakhi's actions are influenced by all the things happening in her life at the time.

Anupama goes to Pakhi's room while Leela comes to Kavya and tells her that there is no 'I' in love and no love in 'I' and that she should have never given her the chance.

Anupama consoles Pakhi while she keeps talking bad about Kavya when Anupama tells her that she is becoming possessive of Vanraj just like Kavya.

Anupama points out her partiality towards the house members and makes her realise her hypocrisy.

Anupama tells her to calm down and think once again and come to dinner.

Meanwhile, Kavya is cleaning her outfit while Rakhi comes there and instigates her saying that she might want to strangle Pakhi at the moment.

Kavya surprisingly reveals that she wishes she could and talks bad about Pakhi saying that she is just handling her because of not wanting to be in Vanraj's bad books.

Kavya tells her that she will avenge the Shah family members after getting married to Vanraj while they suddenly see Anupama at the front door.

Leela calls out to Anuoama and goes while Kavya wonders if she heard everything.

Vanraj asks her if Pakhi is alright while she replies saying that Pakhi is not is a condition to understand.

Meanwhile, Pakhi is seen writing something on a piece of paper while remembering all the harsh words told her by the family members.

Upcoming Anupama episode update: Pakhi runs away from the house.