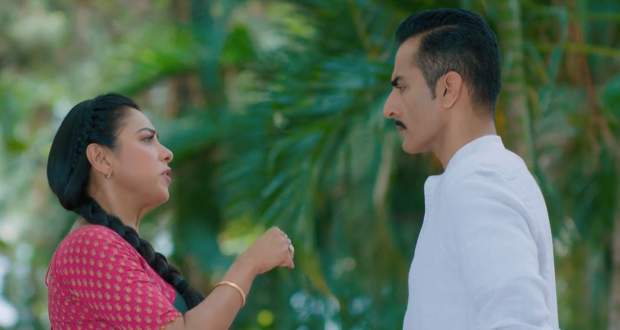 Anupama 25th May 2021 Written Update: Anupamaa stands up for herself

Today's Anupama 25 May 2021 episode starts with Vanraj rebuking Anupama and accusing her of having an underlying relationship with Advait in the name of friendship.

She gets angry and tells him that not everyone has underlying relations under the name of friendship like him.

Later, Kavya taunts Anupama and tells her to be her bridesmaid but Anupama rejects the offer.

Vanraj tells Leela to not disturb him as he has an important job interview.

Elsewhere, Advait advises Anupama on call to inform the family about her surgery while Smar tells her to record a video for digital advertising of her classes.

Vanraj gets distracted by the sound of music which causes the interview to go roughly.

He goes outside and fights with Anupama accusing her of doing it intentionally while she stands up for herself.

Later, Vanraj and Kavya leave for court while Anupama informs the Shah's about cancer and surgery.

Vanraj comes there and sends her back by giving her the wedding card while Samar informs him that Anupama has cancer.

© Copyright tellybest.com, 2020, 2021. All Rights Reserved. Unauthorized use and/or duplication of any material from tellybest.com without written permission is strictly prohibited.
Cached Saved on: Tuesday 7th of December 2021 11:14:27 PM