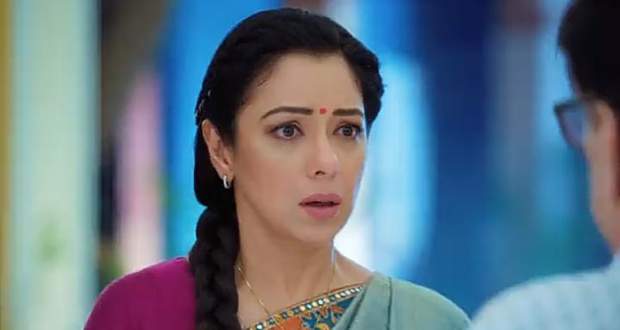 Today's Anupama 25 November 2021 episode starts with Kavya fuming over Baa sending her out of the room.

Meanwhile, Baa requests Anupama not to close her dancing school and to keep visiting her as it is like a punishment not to have Anupama around her to which Anupama reluctantly agrees.

Surprisingly Kavya was eavesdropping and hears it all.

Later, when Anupama was leaving the house she lits the mandir's diya to which Kavya questions the position of Anupama in the house.

She also asks Anupama not to visit the house again and taunts putting a board outside the house saying dogs and Anupama are not allowed.

Firstly, Anupama is happy that she is being compared with animals who are very loyal unlike Kavya, and secondly, she advises Kavya to keep the relations intact as she’ll have no identity if the relationship goes asunder.

When Kavya again asks Anupama not to come to her house, she stays adamant and tells her she will come to meet her family and leaves the house sarcastically insulting Kavya.

Later, Anupama is thinking about Anuj while leaving the house. Abruptly Vanraj stops Anupama and says he has no problem with her visiting the house.

Shockingly, Vanraj reveals he doesn’t have the same place for Kavya in his heart after the cheating as he had before.

He vows to become a winner again to which Anupama warns him to tread the path with caution.

The next day, Anupama's brother visits her but she is busy in flashbacks with Anuj most of the time.