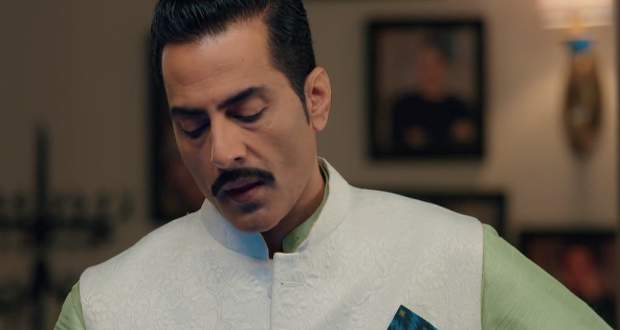 Rakhi wonders why Kinjal fell in love with Paritosh. Meanwhile, Kavya receives a video of Anupama dancing and gets upset.

Rakhi gives honeymoon tickets to Norway to Kinjal and Paritosh. She tries to show the Shah family’s small reputation.

Paritosh accepts the tickets while Kinjal refuses to go for a honeymoon. Rakhi knows Kinjal will not get manipulated so she decides to target Paritosh.

The Shah family starts dancing to the beats of a popular song. The theme of the dance is girls vs boys and everyone enjoys it.

Rakhi makes Anupama and Vanraj dance and clicks a picture with them together. She takes Paritosh to a separate room and explains why she booked the honeymoon package.

She states that she did it to make her daughter happy and get them some privacy. Kinjal comes there and wants Paritosh to see the true face of Rakhi.

She says Rakhi is trying to create differences between them. Kinjal and Paritosh get in a fight while Anupama realizes Rakhi did it on purpose.

Vanraj asks Anupama to tell him if Rakhi creates any issue. Kavya welcomes someone in the house while Vanraj talks to Kavya and gets suspicious.

He thinks someone is present with Kavya while Kavya asks the mysterious person for coffee.