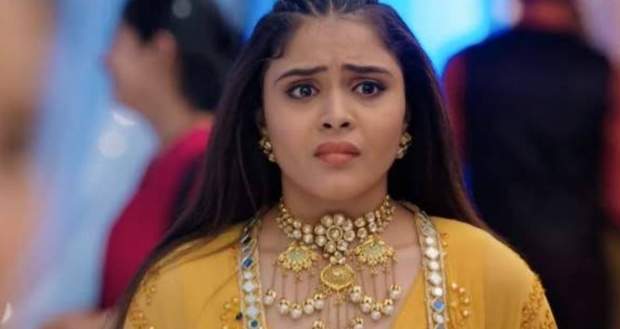 Today's Anupama 26 March 2021 episode starts with Anupama telling everyone to get ready for the Holi celebration while Pakhi tells her to apply colours on Vanraj too.

Vanraj denies being coloured by Leela and others make fun of him while Anupama laughs.

Later, he goes to Anupama while she tells him that she won't apply colours on him and goes as Vanraj admires him.

However, Kavya comes to Vanraj and mocks him and stubbornly demands that she will be the first to apply colour on him.

Vanraj goes while Kavya tells herself that she will be the first one to apply colours on him but Pakhi comes behind her and says that she will not let it happen.

Later, Vanraj is sneaking some snacks and cold drinks to take to his room while Anupama comes there.

She gives him other snacks while he tells her to not let anyone enter his room.

He wishes her a happy Holi and goes telling her to have fun.

Meanwhile, Paritosh-Kinjal is sharing romantic moments while Samar dreams of dancing with Nandini.

Hasmukh makes fun of Leela for putting a face mask on her face but compliments her and dances with her.

Pakhi comes there and they leave getting embarrassed.

Anupama advises Paritosh and Kinjal to enjoy the small moments and to celebrate every festival.

Rakhi calls Kinjal and tells her that she has arranged a club holiday party for them as the first Holi after marriage is celebrated at the girl's parents house.

Kinjal declines which make Rakhi angry while Anupama takes the phone and tells the kids to go.

Anupama invites her to their home to celebrate Holi and they have a hearty talk.