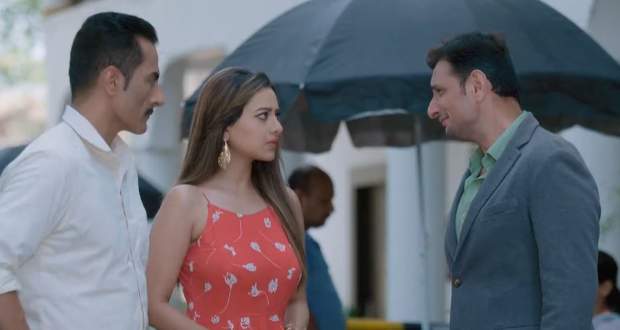 Today's Anupama 26 May 2021 episode starts with Vanraj going after Anupama while Leela tells Kavya to not go after them.

Vanraj tells Anupama that he cannot marry Kavya in this situation while she tells him to not use her illness as an excuse.

Vanraj meets Kaya who tells him that he has to move on while Samar requests Advait to give the best treatment to Anupama.

Later, Vanraj tells Kavya that they should postpone their marriage while she gets furious and shouts at him.

At the court, Anirudh taunts Vanraj and calls them desperate which makes Vanraj furious.

He scolds Kavya for telling him their things and jokes with Anirudh to tell the judge that he doesn't want a divorce.

Meanwhile, Leela goes to meet Anupama as she some there to give her something.

Leela confronts her while Anupama tells her that she felt hurt by her comments which makes them emotional.

Anupama tells her that they are friends now while Pakhi and Dolly come there.