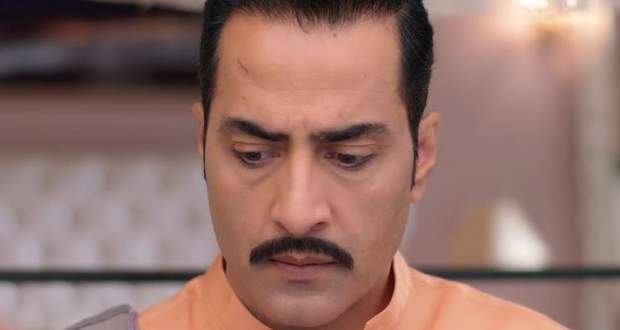 Later, Vanraj notices Samar's wound and asks him while Samar says that he will fight his own battles just like Anupama.

On the other hand, Kavya is jealous of Anupama when Vanraj gets attracted to the food and starts eating it.

Meanwhile, Vanraj offers his credit card to Samar while he refuses to take it. Later, Sweety's friends will make fun of her at the school while she feels insulted and Anupama tries to console her.

In the meantime, Kavya tells to Vanraj that he has been terminated from his job for not completing his targets at work.

Simultaneously, Anupama receives a piece of good news from Samar that she has gained new students for her dance class. On hearing that, Anupama dances out of happiness.

Elsewhere, Kavya consoles Vanraj and he gets angrily says that he will find a new job while Anupama listens to that conversation through Vanraj's call which is unknowingly done by him.

At Shahs' house, Anupama tells to the family that Vanraj has lost his job and not to ask him for money for help. Anupama further says not to put pressure on Vanraj and at the same time, Rakhi arrives at their home.