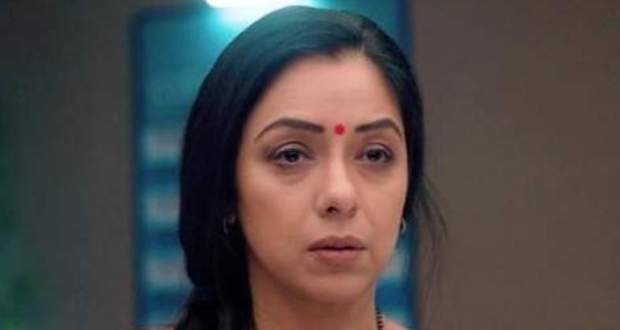 Today's Anupama 27 March 2021 episode starts with Vanraj getting his laptop and watching shows while Anupama comes outside his door and tells him to open the door.

She tells him to apply oil on his body as she feels that someone might apply colours to his and leaves while leaving the oil outside his door.

He keeps debating whether or not to apply oil but thinks against it while Samar gives oil to Nandini and flirts with her.

He tells her that she is the first girl he has ever dreamt about and tells him the dream that he had in the morning.

Meanwhile, the boys who got beaten by Samar and Paritosh witness them and plan to get revenge with the soft target that is the ladies of Shah house.

Anupama accidentally bumps into Kavya and Kavya falls while Kavya angrily storms from there.

The Shah's run and Anupama to apply colour to her and they celebrate Holi by dancing.

Leela and Hasmukh see Anupama's happiness and bless her while Kavya thinks that it is the best time to apply colour to Vanraj.

Kavya is going inside while Rakhi stops her and mocks her while Kavya responds that she will become Kavya's mother in law in future so she should sympathise with her daughter.

Kavya goes while Rakhi pulls out a little paper bag and thinks that the contents of it will brighten the Holi festival.

Pakhi goes to apply colours to Vanraj but he doesn't her in after which also denies Kavya on the call.

The boys are looking at the ladies of Shah house while Rakhi gives spiked drink to Kavya.

However, Anupama accidental drinks the spiked drink and acts weird while Kavya hides from Sanjay.