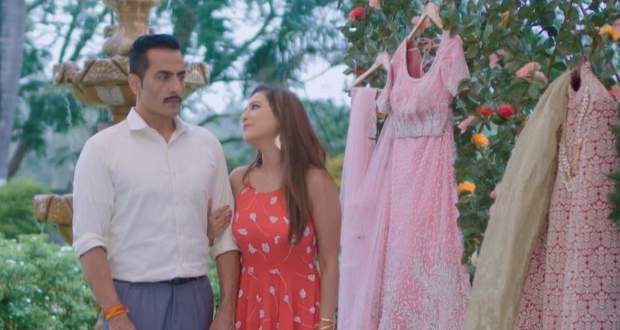 Today's Anupama 27 May 2021 episode starts with Kavya informing that her divorce got done and tells about marrying the next day.

Elsewhere, the family is gossiping with each other while Advait joins them.

Vanraj and Kavya come there and announce that her divorce is done and that they are going to marry the next day.

Later, Samar, Pakhi and Paritosh talk about their fears of getting Kavya as their stepmother while Kavya dances and imagines Vanraj dancing with her.

Anupama sees Vanraj distressed and tells Leela to talk to her son once while Leela says that nothing is in her hands.

Meanwhile, Kavya shows Vanraj their wedding attires and leaves before giving it to Pakhi.

Leela asks Vanraj if he wants to marry Kavya or not while Nandini tells Kavya that she and Samar, Pakhi and Paritosh might not come to their wedding.

Meanwhile, Anupama talks to the kids and tells them that they should partake in Vanraj's happiness and go to the wedding.