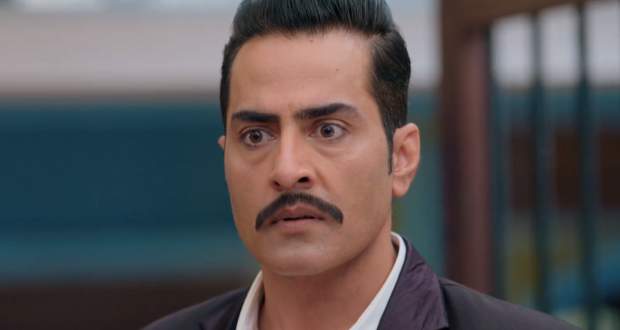 Today's Anupama 27 November 2020 episode starts with Vanraj accusing Anupama of being the reason for his affair. He criticizes Anupama for being illiterate and not being good enough for him.

He states that Anupama doesn’t know anything else other than cooking and that he is ashamed to take her outside.

He accuses Anupama of not growing in life and blames Anupama for not being a good wife. He shouts at Anupama and holds her by her shoulders.

Bapuji gets angry and pushes him away from Anupama. He calls Vanraj shameless and is ashamed to have a son like him.

Bapuji gets sick while Vanraj tries to help him. However, Bapuji pushes him away again and asks him to not show his face.

Vanraj gets furious at Anupama and complaints against her to Kavya. He thinks Anupama is instigating everyone against him.

Anupama goes to meet her kids and gives some life lessons. She asks them to always be true to their relations and never lie to their future partners.

Anupama makes her kids sleep and gets emotional. Meanwhile, Vanraj is also sad about being away from his parents.

Anupama sits on the swing while Dolly requests her not to get separated from Vanraj.

© Copyright tellybest.com, 2020, 2021. All Rights Reserved. Unauthorized use and/or duplication of any material from tellybest.com without written permission is strictly prohibited.
Cached Saved on: Sunday 17th of January 2021 05:57:39 AM