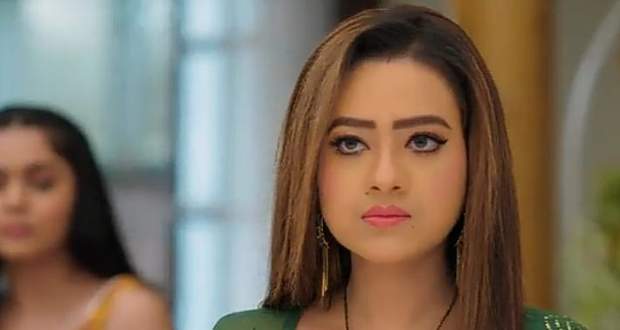 Today's Anupama 27 November 2021 episode starts with Kavya trying to talk to Vanraj but he is least interested.

Meanwhile, Anuj is sitting with Anupama in a cafe to have Pan Milkshake and is telling Anupama to enjoy the journey along with. Even though Anupama is nervous to order for the first time, Anuj encourages her to do it and they also think of encouraging women in their own restaurant.

Thereupon, Anupama gets a call from Pakhi regarding her PTA meeting but she is not confident about going there but Anuj cuts in to help her with the meeting leaving the milkshake aside.

Anupama is having second thoughts about involving Anuj unnecessarily in her life and his availability for her needs. They both leave to attend the PTA meeting.

On the other hand, Devika is waiting for Anupama when they both return from the meeting. Devika gifts Anupama a saree and makes fun of Anuj.

Later, Devika asks Anupama the reason for her lostness of mind to which Anupama tells that in her friendship with Anuj, it is she who is benefitting and Anuj is suffering because of her.

Devika tells Anupama to stop her melodrama and to continue her friendship with Anuj without thinking about any benefit or loss as friendship is all about the company they enjoy with each other.

Later, when Kinjal comes from the office, she is vexed with Toshu lying idle in the house and suggests separating herself from him.

Devika cautions Anupama not to confuse Anuj’s love for the care and asks Anupama about her love for Anuj to which she firmly says no. Nonetheless, Devika suggests Anupama go with the flow.

Afterward, Kavya intimidates Leela and tells her not to invite Anupama without her permission.

Unexpectedly, Anupama witnesses Leela and Hasmukh’s sadness of not being able to celebrate their 50th anniversary.