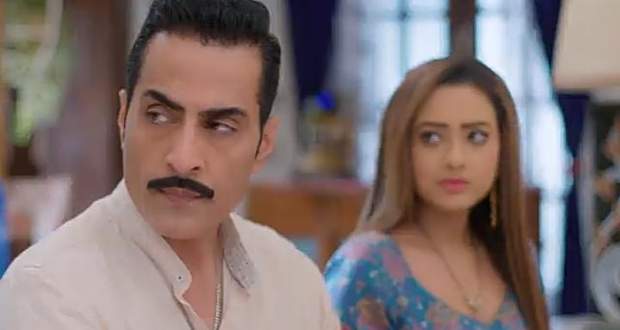 Today's Anupama 27 September 2021 episode starts with Anupama happily asking Anuj to take her picture and then talking to Hasmukh on call while he admires her.

Elsewhere, Kavya tells Vanraj that she knows why he is bothered and says that he fears that their history might repeat with Anupama and Anuj while he disagrees.

Anupama gets excited during the take-off of the flight but gets amused seeing Anuj scared and holding onto her Pallu.

Meanwhile, Vanraj accepts in front of Kavya that he doesn't know why he gets angry every time seeing Anupama with Anuj and tells her that there is an attachment that he can't seem to break.

Elsewhere, Rohan sends Samar pictures of him and Nandini which makes him angry saying that he should have respected the privacy while Rohan sends a voice message to him that Samar might be okay with the pictures but his family won't.

Samar calms a panicking Nandini while Rohan sneaks his and Nandini's picture in Leela's basket when she is in the market.

Later, Anupama falls asleep while Anuj covers her with his coat and takes his seat beside her.