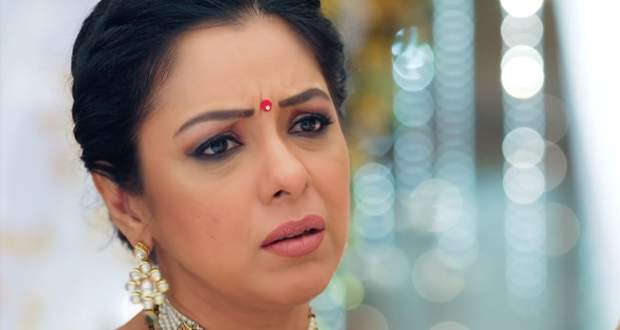 Today's Anupama 28 December 2020 episode starts with Vanraj asking Anupama if she is alright. Anupama wants to know if he needs anything and shows the album of Paritosh’s childhood.

Anupama and Vanraj reminisce some older memories. Vanraj feels thankful that Anupama has always been there with their kids.

Anupama states she will perform all her responsibilities as a mother but she is nothing for Vanraj.

Vanraj also states that his present and future are with Kavya. Meanwhile, Samar asks Nandini to come early the next day and also walks her to her house.

He imagines dancing and getting romantic with her. The next morning, Baa has a sprain in her neck while Anupama’s mother also arrives for the wedding.

She greets Anupama but doesn’t meet Vanraj properly. Baa asks Anupam and Vanraj to light a Diya in the temple.

Rakhi comes at the same time and threatens to snatch all the happiness from her life. Later, Vanraj and Anupama are pleased with wedding preparations.

Vanraj gets a call from Kavya and Anupama moves away from him. Kavya wishes to come to the wedding while Vanraj gets upset with her.

Kinjal and Paritosh come out in a foul mood. Anupama stops the Varmala ceremony.

© Copyright tellybest.com, 2020, 2021. All Rights Reserved. Unauthorized use and/or duplication of any material from tellybest.com without written permission is strictly prohibited.
Cached Saved on: Sunday 1st of August 2021 07:22:47 AM