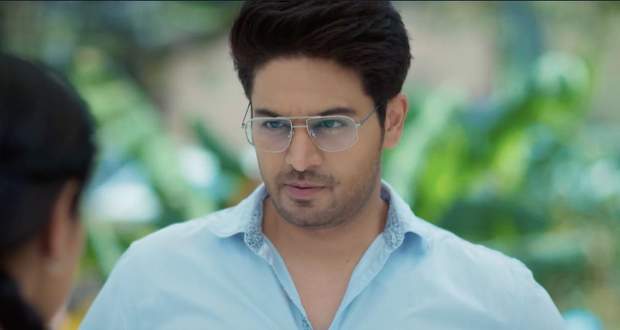 On noticing the absence of Vanraj and Toshu, Bapuji says it's nice if they don't attend the party.

Anuj and Anupama leave for Shah’s residence for her birthday party while they playfully tease each other in the car.

Meanwhile, Vanraj and Toshu arrive early from work where he says today they will work from home.

On arrival of Anupama and Anuj Vanraj opens the door for them and taunts her birthday as Anupama Jayanti.

Anupama replies to him that he is ‘Mahaan’ and big as everything he does is big like his big blunders, big scandals, and much more.

On the huge number of gifts displayed, Anupama gets excited and feels grateful.

Anupama tells everyone to wish her a happy birthday and give her blessings.

Baa refuses to give her blessings to which Anupama gives her a hug and lightens up the mood.

Samar and other family members surprise Anupama by lighting lamps and reciting a beautiful poem for her.

Grateful Anupama thanks the family members and says it feels like a fixed deposit that one receives after years.

Anupama says she wants to share something with the family while she looks at the vermillion(sindoor)box.

Suddenly, Kinjal gets unconscious and falls to the ground.

Leela blames Kinjal’s intermittent fasting and scolds her out of concern.

Toshu asks if she needs a doctor to which Kinjal says she is fine.

Anupama stays with Kinjal where Kinjal tells her that she is pregnant.

Later, Anuj tells G.K that he feels hopeful and sees love for him in Anupama's eyes.