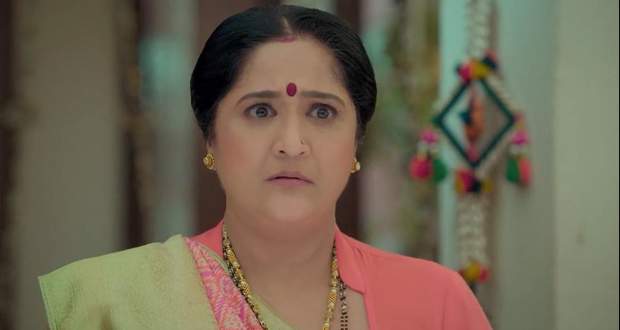 Today's Anupama 28th June 2022 episode starts with Barkha fighting with Ankush about accepting the Shah’s invitation and also scolds Sara saying she should not tell her what to do.

Sara says that she understands Barkha’s agenda of coming to India, and she also cries over the fact that they’re always fighting with their family.

She tells Barkha that no matter what, she’ll be going to the baby shower, and Barkha is upset that Sara fought with her.

Adhik agrees with Sara in going there for the function to be in Anuj’s good books.

Meanwhile, Anupama gets to the preparations of the baby shower and divides responsibility among the family members.

Their private party starts and all of them begin the fun by kickstarting the celebrations and performing a dance for Kinjal.

Meanwhile, Vanraj wonders how the preparations for the baby shower must be going on while prepping for his interview, wanting to go back to his house to join everyone.

He says that men are allowed everything in this world but they’re forbidden to cry in front of someone else otherwise it may expose their weakness.

While preparing a dupatta for a pooja ritual tomorrow, Hasmukh asks Leela why she hides the love she holds in her heart from others, to which she replies that she dislikes that her son is not there to attend the baby shower of his own granddaughter.

In the meantime, Rakhi plans to target Anupama in the function in case any single thing goes wrong or is out of place.

Similarly, Barkha says that if anyone says anything against her, she’ll get back at them for sure.

As Anupama comes to ask everyone to sleep, she already finds her family members asleep in the living room, exhausted after the preparations.

She also wonders how is she going to handle all the hot-headed mothers coming tomorrow, who will burst at each other like firecrackers even if one of them ignites a spark.

In the morning, Anuj playfully jumpscares Anupama and they share a laugh, and she asks him to bring his favourite saree for her to wear at the function.

As they’re standing close to each other, Samar walks in and Anupama shares that she’s worried about the upcoming baby shower but he relaxes and comforts her.