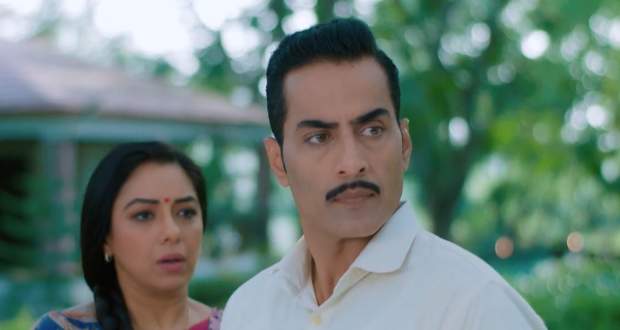 Anupama 28th May 2021 Written Update: Vanraj gets humiliated by Rakhi

Today's Anupama 28 May 2021 episode starts with Kavya finding out that Samar, Pakhi and Paritosh might not attend her wedding while Rakhi makes her entry.

She taunts Kavya while Leela gets happy to see her.

Elsewhere, Vanraj tells Anupama that he doesn't want to marry Kavya as she doesn't understand her.

Anupama tells him to talk to Kavya about it while he asks for her help.

Suddenly, Rakhi comes there and humiliates Vanraj by saying that there will be drama whether the wedding happens or not.

Vanraj leaves while Anupama tells Rakhi to not ruin the Shah family's happiness.

Rakhi thinks that she will have to take Kavya's side as she will be her daughter's mother-in-law.

Kavya gets happy seeing the mandap and tries to get a reaction from the Shah family but they ignore her.

Everyone leaves while Kavya does the rituals at the mandap by herself.

Rakhi tells her that Vanraj might be confused about the marriage from what she heard.

Meanwhile, Paritosh talks to Vanraj that he might be making a mistake and will have to decide before the marriage.

© Copyright tellybest.com, 2020, 2021. All Rights Reserved. Unauthorized use and/or duplication of any material from tellybest.com without written permission is strictly prohibited.
Cached Saved on: Wednesday 1st of December 2021 02:29:38 PM