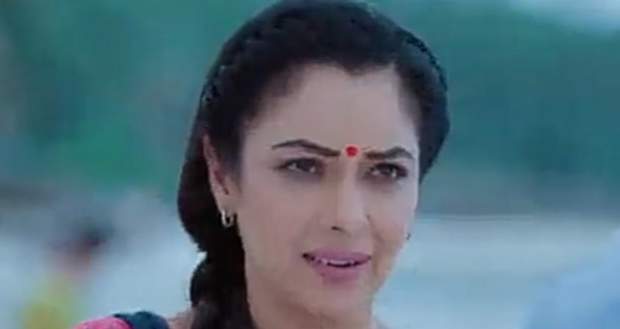 Today's Anupama 28 September 2021 episode starts with Anupama thanking Anuj for the jacket while an announcement of the flight landing is heard.

Further, Anupama pitches her project to the other members of the team and informs Hasmukh of it through a message.

Meanwhile, Mamaji gets a hold of the pictures of Nandini and Rohan but doesn't recognize them and leaves it on the table while Kavya shouts at Vanraj that they have to go.

Further, Anupama enjoys the beach while Anuj attends to a call.

Vanraj comforts Kavya that everything will be fine as they are going somewhere in a taxi.

Elsewhere, some boys try to rob Anupama and Anuj is about to go to save her but gets shocked seeing the boys getting beaten up by Anupama.

However, Anupama and Anuj stumble upon Kavya and Vanraj who tell them that they came to Mumbai to meet their old boss for some business opportunities as he is shifting to Australia.

Upcoming Anupama written episode update: Anuj and Vanraj get into a fight.