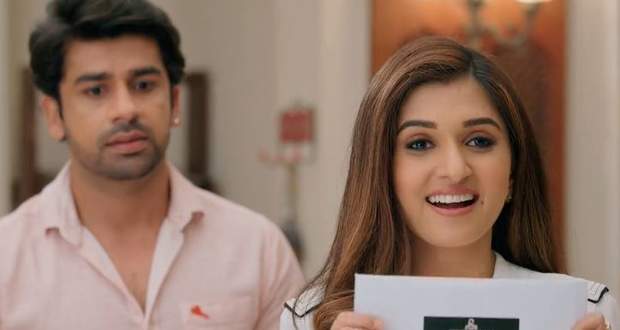 Today's Anupama 29 January 2021 episode starts with Vanraj packing his stuff and leaving the office while he is worried about his family's financial matters.

Elsewhere, Kinjal informs Anupama that she has been called for an interview that evening while Leela is upset about Vanraj's job.

Later, Vanraj takes out his frustration at Kavya while gets angry and leaves for her office.

Meanwhile, at the dining, Paritosh tells to the Shahs that he will attend the meeting with Rakhi at her coaching center. The Shahs try to convince Paritosh not to fall for Rakhi's job while he remains reluctant.

Further, Kinjal leaves with Samar for her interview while the Shahs wish her good luck. Later, Samar notices that Kinjal's interview is at the same place where Vanraj works and he informs Anupama about it.

On the other hand, Vanraj and Kavya get into an argument while Kavya asks Vanraj to utilize his time in divorcing Anupama and improve his relationship with Kavya.

In the meantime, Samar feeds Nandini and tells her to take care of herself while they both get ready to warm up the students for Anupama's dance class.

Simultaneously, Kinjal returns home with a happy face and informs the Shahs that she has been hired for the job.

Later, the Shahs get shocked when they learn the truth that Kinjal's job is the replacement for Vanraj's position. On the other hand, Kavya also informs Vanraj about Kinjal's job which remains him startled.