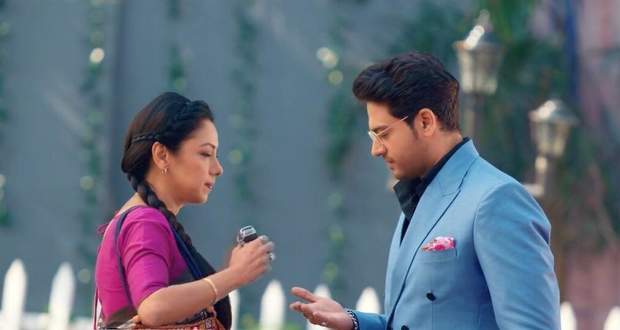 Today's Anupama 29 Jan episode starts with Malvika asking Anuj why he and Anupama always continue to blame Vanraj for everything and do not like him at all.

Anuj denies the fact and tries to explain Malvika but she remains stern in her words, Malvika says that she will have to change her office if Vanraj feels uncomfortable.

Hearing this, Anuj is taken back and tries to make Malvika understand that the office belongs to her only and she can always talk to him about anything.

Malvika, however, leaves from there after comparing Anuj and Anupama’s relationship to her and Vanraj’s.

Anupama, who was hearing all this till then, comes to Anuj who tells her how Malvika and Vanraj are coming close making him feel nervous.

On seeing Anuj freak out about Vanraj, Anupama tries to calm him down and not do anything for the moment as it can turn Malvika against him.

Meanwhile, Malvika decides something in her mind and smiles to herself while working in her room.

On the other hand, Vanraj catches Kavya rummaging through his bag and tries to accuse her of stealing files on his project.

Kavya tells him that she was just searching for the balm for her headache and mocks him for his baseless suspicion.

Later, Anupama and Anuj work together and have a light conversation among them.

Anuj tells Anupama how she and Malvika are setting new standards for women in the professional field and were meant to fly regardless of his presence.

Hearing Anuj, Anupama thanks him for his support and both proceed to joke with each other.

Accidentally, a preserved piece of rose comes into view inside a notebook which Anuj says he wanted to give Anupama 26 years ago.

Anupama tells Anuj that the rose was the most beautiful flower to her still now.

Anupamaa Precap: Malvika confesses to Anupama that she likes Vanraj, Anuj hears that and becomes enraged.