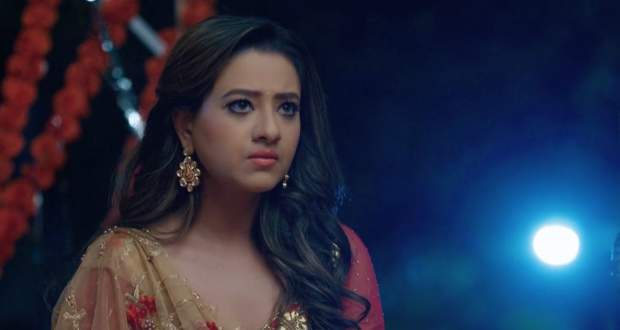 Today's Anupama 29 May 2021 episode starts with Kavya coming to Anupama and requesting her fo apply Mehendi on her hand and write Vanraj's name.

Rakhi signals Anupama and she agrees after which she puts oil all over Kavya's hand and tells her that she will write Vanraj's full name.

Kavya stops her and Anupama is about to leave while Kavya invites her to the wedding calling her a big hearted person.

Rakhi does Kavya's mehendi but it gets spoiled while Anupama gives her advise.

Meanwhile, Vanraj talks to Hasmukh on video call and reveals that he doesn't wish to marry.

Hasmukh says that it is too late and tells him to understand.

He gets tensed seeing Anupama calm while she worries for her family.

Later, Kavya requests the Shah's to attend her Haldi ceremony but they refuse after which she does the ritual herself.