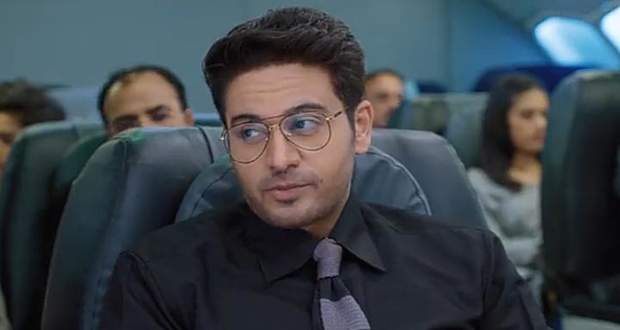 Today's Anupama 29 September 2021 episode starts with Vanraj taunting Anupama and she leaves while Anuj goes after to calm her.

Meanwhile, Kavya fights with Vanraj for being jealous of Anupama.

Later, Anupama and Anuj go to the bar where Anupama talks to Hasmukh about the family on call.

Meanwhile, Kavya and Vanraj go to the same bar and she goes to the washroom while Vanraj sees Anupama helping Anuj and gets jealous.

Anuj's friend sees him and takes Anuj with him while Vanraj comes to Anupama's table and mocks her.

He taunts her saying that she is ruining the image of his family while she eats dessert and tells him to go on.

She tells him that it is none of his business and to not worry about her.

Elsewhere, Nandini sees people wearing masks of Rohan's face and runs inside the Shah house while making an excuse to Leela.

Anupama asks Vanraj what problem he has with her and Anuj's friendship and while Vanraj reveals that he is jealous.

He further confesses to her how he can't seem to connect with Kavya the way he was connected to her and can't break his connection with her.

Just then, Anuj comes there and Vanraj goes back to his table with Kavya.

Anuj tells Anupama to not be upset and prays to God to keep Anupama happy only.

Meanwhile, two friends add vodka into the juice for their friends but the waiter takes those juice glasses and serves them to Vanraj and Anuj unknowingly.

Anuj and Vanraj go to the bathroom and come out fighting which worries Anupama and Kavya.