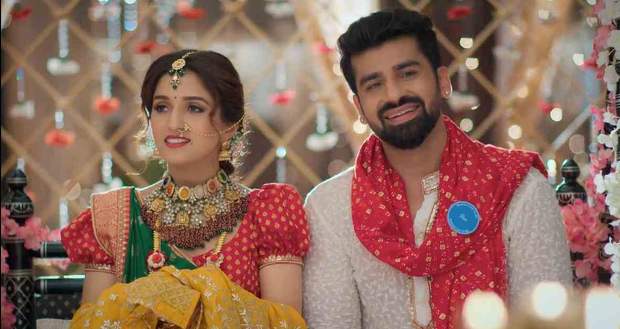 Today's Anupama 2nd July 2022 episode starts with Rakhi continuing to instigate Barkha against Anupama by telling her that even though she is the elder daughter-in-law, all the property belongs to Anupama.

Barkha replies to Rakhi that she is not the type to fight over property and knows that Anupama has a good heart.

Barkha refuses to believe in Rakhi when she tells her that Leela once threw Hasmukh out of that house in the past.

Rakhi continues to fill Barkha’s ear with negative things about Anupama, how she wants to conquer everything from both her ex and current husband.

Just then Anupama comes there and tells them that she wants to have everything by herself and there is no lie in that.

Anupama implies that when she can have every bit and piece of her life and live life while balancing her duties, then she will gladly do so.

After they resume the fun activities, the whole family decides to play a game called “the wheel of fate”.

Every family member gets a chit containing a number and is assigned a title such as “the person on whom the baby will pee the most”.

Kinjal rotates the wheel and all the people make fun of and compliment the person whose number comes under the radar.

Seeing that, Kinjal tells everyone how she got the true care and love of a mother from Anupama as Rakhi was always busy working during her childhood.

However, Anupama praises Rakhi for her determination in working and raising her daughter all by herself.

Anupama says she understands what pain Rakhi would have suffered while leaving Kinjal behind as a working woman.

Rakhi gets emotional and shares a hug with Anupama but soon after returns to her old avatar.

Finally, Rakhi joins hands with Barkha to stop Anupama from snatching everything for herself.

Later, Anuj turns into Salman Khan and acts in the role of “Devar” as he shoots an arrow toward Anupama to start off the song “Didi Tera Devar Deewana”.

© Copyright tellybest.com, 2020, 2021. All Rights Reserved. Unauthorized use and/or duplication of any material from tellybest.com without written permission is strictly prohibited.
Cached Saved on: Saturday 1st of October 2022 10:44:14 PM