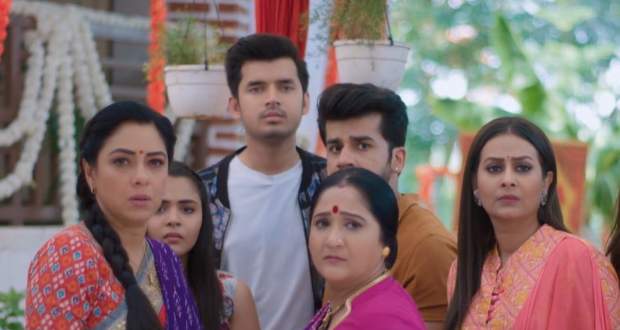 Kavya fights with the Shah's and threatens to send them to jail while revealing that she was planning to send Leela and Hasmukh to an old age home.

At the same time, Anupama comes there and defends the Shah family while Kavya argues with Samar and pushes him.

Anupama warns her to not even think about harming her children and holds her hand.

She tells Kavya to remove her hand if she can but Kavya fails to do so.

Kavya threatens to send all of them to jail for stopping her marriage and mentally torturing her while Anupama states her reasonings and says that she will also go to jail to protect her family.

Anupama gets a call from an unknown number who turns of to be Vanraj and she demands him to reach the resort immediately.

Leela taunts Kavya while Vanraj comes there. Anupama rebukes him for leaving while Kavya tries to take him towards Mandap for the wedding.

However, he tells her that he doesn't want to marry her.