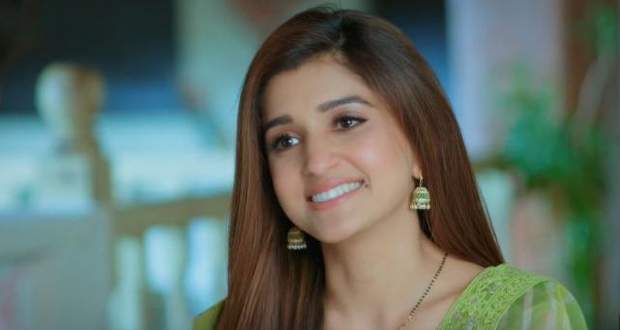 Today's Anupama 2nd June 2022 episode starts with Anu enjoying her time with Anupama and Anuj with a balloon while Anuj sees himself in the little girl and gets anxious at the beach.

Later, Anupama asks Anuj the reason behind his anxiety.

Anuj shares the old wounds of his childhood trauma of being an orphan by looking at little Anu and how difficult life must have been for her.

Further, Anuj shares the need to have a family of his own just like Anupama.

Anuj expresses to be the father of little Anu to live his childhood again.

Vanraj talks to Kavya that she should have a little shame in her eyes while Kavya is unbothered.

Devika reminds Kavya of how she crossed every limit to be Vanraj's wife and even if she wants to break this relationship, she must do it with dignity.

On the other hand, Anupama is stunned to hear the empty void Anuj was carrying in his heart since childhood and is in deep thoughts.

Further, Devika assures Kavya that she is there for her whenever Kavya needs her while Kavya feels grateful for Devika's suggestion.

Kinjal feels awkward and stops Kavya but Kavya insists as Kinjal is genuinely in pain and not doing anything suspicious as Kavya did with Anupama.

Later Kavya shares how Anupama is a pure soul and she massaged her feet even though Kavya treated her so badly back in the day.

On the other hand, Devika calls Anupama while Anupama shares Anuj's wish with her.

© Copyright tellybest.com, 2020, 2021. All Rights Reserved. Unauthorized use and/or duplication of any material from tellybest.com without written permission is strictly prohibited.
Cached Saved on: Tuesday 2nd of August 2022 10:19:29 PMCached Disp on: Monday 15th of August 2022 06:05:27 AM