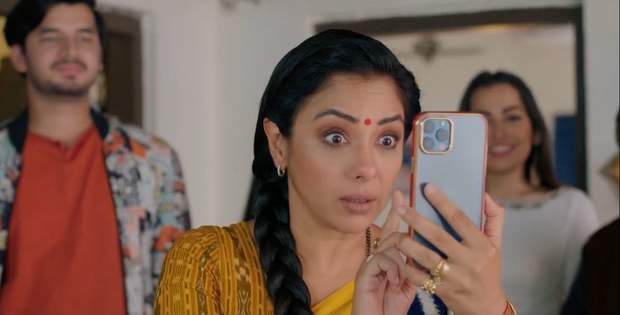 Today's Anupama 30 April 2021 episode starts with Anupama talking to Kinjal on a video call while Kavya fumes in rage seeing Vanraj with her.

Kavya tells Vanraj to divorce Anupama but he tells her that he cannot leave her alone at this time.

Meanwhile, Anupama meets Dr. Advait and invites him for tea while he questions her bravery.

She asks him what he means and he reveals that she has a tumour in her ovary which leaves her shocked.

He informs that he will tell her about the tumour once the advance reports come in.

Anupama thinks of her family members while running and reaches the border of the resort.

She lays on the ground and cries.